I think I’m significantly underestimating the impact of iOS 16 and its new Lift Subject from Background feature. This is the next level of image that will radically change the way we interact with the platform 15 years ago.

Let’s start with the clear. Apple’s next big mobile platform update, iOS 16, is still a few months away from its final release and is currently in developer beta only. The public beta may arrive next week (the week of July 3rd). So while I can talk about what I’ve learned, I can’t show you more than we all saw in last month’s Apple WWDC 2022 keynote.

Indeed, the demo where someone grabbed a bulldog from a photo and casually dropped it into a message was pretty cool in itself. But actually using it is another thing.

As far as I know, it doesn’t matter what kind of photos you have in your library or their age. A photo with a clear subject is a game with the ability to lift the subject from the background.

In my library, I was able to open photos taken with the iPhone 13 Pro, iPhone 8 Plus, iPhone 7, and iPhone 6 and select all the subjects.

As Apple told me last month, all the ability to identify subjects is part of the company’s rapidly evolving image segmentation technology. Apple uses it on the lock screen to put only the subject in the image in front of time. If you want to lift the subject from the background, you can select the subject and move it almost anywhere.

I think you understand what you saw in WWDC’s keynote, but it wasn’t until you tried the lift subject feature from the background that you understood the fundamental changes in iOS that came with it.

You see, it’s great that iOS 16 can identify and lift any subject (people, flowers, birds, dogs) from a photo. What I didn’t understand was how to move the subject elsewhere. This is not a cut and paste feature. It’s also not a photo editing feature like Google Pixel’s Magic Eraser. It’s like riding a magic carpet on a mobile platform.

After choosing the subject, I stopped for a moment, thinking about what to do with the image floating under my finger. How do you reach the message, as you did during the WWDC demo?

Instinctively, I put one finger on the subject, touched the screen with the other hand, and swept from bottom to top to access the home screen. Then select the message.

I found that I could hover over the message list and drop the captured image onto one of the threads, or go directly to the conversation in the open message.

Alternatively, you can open another app, such as Notes or Keynote, and stop by. As long as you keep your finger on the captured subject, you can do whatever you want with your other hand, such as launching a new app or swiping up a third. Access all open apps from the bottom of the screen and select the app you want to drop in the subject line.

It’s weird, cool, and a clear departure from previous versions of iOS. We’ve always used multi-touch, which is like multimodal touch and has a very wild new image feature to launch.

Before Apple releases the final version of iOS 16 in the fall, the lift subject from the background is subject to many changes, but it’s a step back from this almost revolutionary change (which also works on the iPadOS 16). I don’t think there is. It’s the beginning of something big.

Watch the video here: This iOS 16 image innovation may surprise you 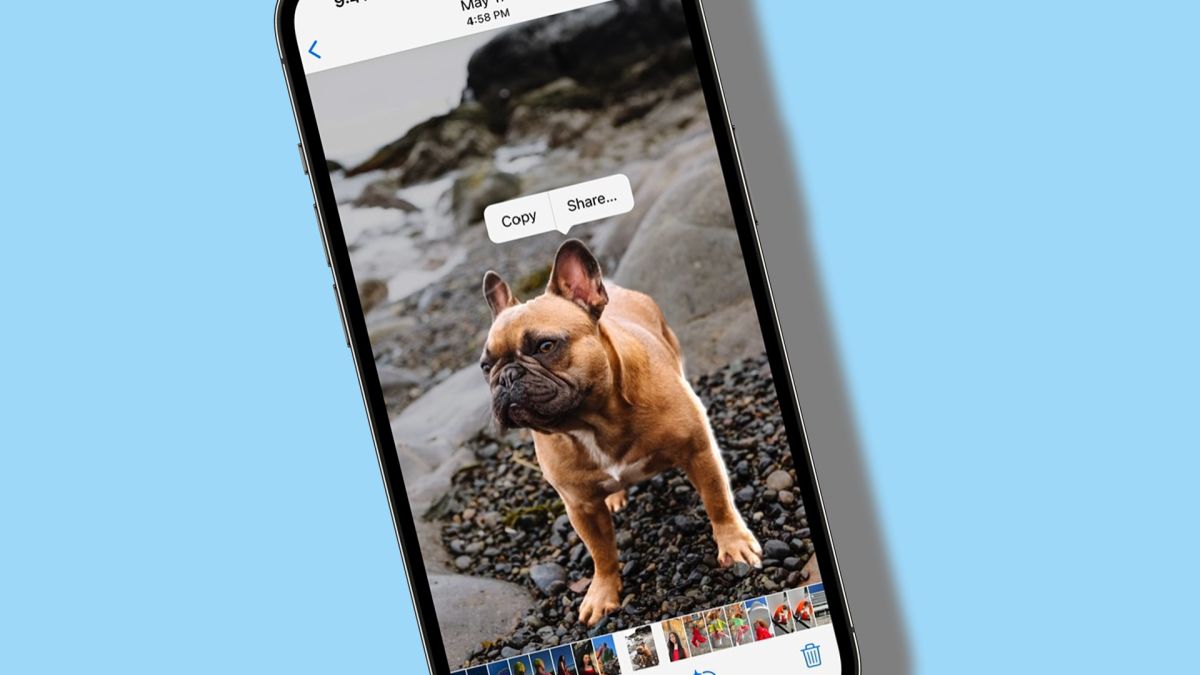