Arcane season 2 feels like it’s still a long way away right now. The hit animated Netflix series is set to arrive sometime in 2023 but, even with next year looming into view, it could be a while before it lands on the world’s biggest streamer.

Still, while we’re waiting for that official launch date announcement, there’s plenty we know (and can speculate on) about Arcane’s next season. Recently, co-showrunners Christian Linke and Alex Yee took part in a Reddit AMA, with the duo teasing some intriguing tidbits about the Netflix show’s second outing.

That aside, what else do we know about Arcane season 2? Below, we’ve compiled everything worth knowing about one of the best Netflix shows’ second season, including its returning cast members, possible story threads, the series’ future, and more.

Full spoilers follow for Arcane season 1, while there might be mild spoilers for the show’s next season, too. Proceed at your own risk.

Arcane season 2 still doesn’t have a release date. That’s in spite of the series being renewed well over a year ago now:

Ready yourselves, friends. Season 2 of Arcane is now in production. Where’s a Hexgate when you need one? pic.twitter.com/3aUeWuQ5UuNovember 21, 2021

The above teaser doesn’t give much away, apart from revealing that Arcane season 2 is in production and that three season 1 characters will return (more on this later). Still, we’re delighted that Arcane is getting a second outing. Just don’t expect it to arrive before 2023, with Riot Games CEO Nicolo Laurent confirming as much in November 2021:

The fifth episode of Bridging the Rift – a YouTube series detailing the first season’s development – revealed the creative team are deep into writing season 2’s storylines and character arcs. Responding to a fan on Reddit (opens in new tab), co-showrunner Christian Linke also confirmed all the scripts were written, but some had been tweaked once storyboarding and voice actor work was conducted.

It’ll be a few more months (in our opinion) before a launch date is revealed, but development on season 2 is seemingly going well. Fingers crossed we hear something definitive on its return sometime soon.

If you’ve seen Arcane’s season 1 finale, you’ll know some characters might not be back for its follow-up. That’s because Jinx fired an arcane crystal rocket at Piltover’s council chamber with many main and supporting characters trapped inside. Those present in the chamber when the rocket exploded included Jayce, Mel, Viktor, Cassandra, Hoskel, Bolbok, Shoola, and Salo.

We don’t expect all of these individuals to survive. If we had to guess, Mel and Cassandra, at the very least, are likely to have perished or been severely injured. On Reddit (opens in new tab), fans think that’ll be the case, with some suggesting that a frame of animation from season 2 – glimpsed in Bridging the Rift episode 3 – might have revealed Cassandra died in the attack. It would be odd for Riot and Fortiche to ruin this pre-release, but maybe it was intentional to see if anyone picked up on it. It doesn’t look like a scene from season 1 so, unless it’s a deleted scene, this may be our first look at Arcane season 2.

If Mel and Cassandra die in the explosion, it would give Jayce and Caitlyn a major incentive to pursue Jinx, as they’re Jayce’s partner and Caitlyn’s mother, respectively. Subsequently, we could see Jayce walk back on his promise to give Zaun its independence from Piltover, especially now that Jinx – a Zaun citizen – carried out a terrorist attack on the latter’s council.

Honored doesn’t even begin to describe how we feel about winning the #Emmy for 𝑶𝒖𝒕𝒔𝒕𝒂𝒏𝒅𝒊𝒏𝒈 𝑨𝒏𝒊𝒎𝒂𝒕𝒆𝒅 𝑷𝒓𝒐𝒈𝒓𝒂𝒎.Thank you to our incredible team at @RiotGames and Fortiche, the @TelevisionAcad, and the greatest fans (yes, you) for making this possible. pic.twitter.com/xFNWt4eNc7September 4, 2022

Additionally, Caitlyn could be out for revenge if her mother was hurt or killed, which would put her at odds with Vi, whom Caitlyn had become close with. The latter is Jinx’s sister, so Vi will likely be caught in a difficult situation: help Caitlyn and Jayce to bring her sister to justice, or try to ‘save’ Jinx from herself, which would put her in opposition with Caitlyn and Jayce.

That isn’t the only thing that may drive a wedge between Caitlyn and Vi, either. Responding to a fan on Twitter about whether Caitlyn knows that it was Vi and her gang who blew up Jayce’s lab at the start of season 1, Arcane writer Amanda Overton revealed that wasn’t the case. Will Caitlyn learn the truth in the show’s second season?

It sounds like we’ll explore Caitlyn and Vi’s relationship further in season 2, too. Speaking during the BAFTAs (as reported by The Digital Fix (opens in new tab)), showrunner Alex Yee said fans “will be happy” with the progression of their relationship, adding: “The way in which we wanted to roll that story out has always been sort of determined. What you will see in season 2 will be part of the big picture that we’ve had all along.”

Expect the brewing war between Piltover and Zaun to take center stage in Arcane season 2 as well. Tensions were already simmering between the two nations in season 1, and we wouldn’t be surprised if a full-blown conflict begins as a result of Jinx’s attack on Piltover’s council. During a Reddit AMA (opens in new tab), co-creator Christian Linke summed up season 2’s story with the word “war (opens in new tab)“, so expect lots of fighting to occur. That’ll include another showdown between Jinx and Ekko, too, according to Linke (opens in new tab).

Additionally, Yee teased (via Netflix Queue (opens in new tab)) how the battle lines have been drawn heading into the show’s next chapter, saying: “We ended season 1 by really pushing a lot of the characters in the show as far as we could from each other. Figuring out how to deal with this puzzle, where all the pieces have now been split up and tossed to the four winds, is going to be the main thrust of season 2.”

As for other story threads Arcane season 2 need sto deal with, we’re expecting to see Heimerdinger and Ekko collaborating further to help the undercity. With the former voted off Piltover’s council in season 1 episode 7, he bumped into an injured Ekko on the streets of Zaun in episode 8. The pair bond over their shared love of technology and, after Heimerdinger helps Ekko to return home, the duo decide to work together and try to ease Zaun’s suffering.

The full animation test for Arcane from 2015.“Are we going to do this or not?”#BridgingTheRift pic.twitter.com/pty1QaDPHfAugust 10, 2022

We’ll also see whether Viktor will lose himself completely to his Hextech research. He’s already inadvertently murdered his childhood friend Sky as a result of his Hexcore studies, and it appears that he’ll walk a darker path in season 2. If we know anything about LoL lore, there’s every chance that we could see Viktor use Hextech to cybernetically enhance his body further and become the champion that diehard LoL fans know him to be.

There could be room for some flashback sequences involving deceased characters, too. Responding to one Reddit fan’s question about whether we’ll see Silco and Vander’s friendship pre-betrayal, Linke said “you will, in fact (opens in new tab)“. It’s unclear if this’ll be part of Arcane season 2 or a future installment, though.

Elaborating on what we can expect from various characters’ journeys next time out, co-creator Christian Linke told the Academy of Interactive Arts and Science’s YouTube channel (opens in new tab): “Season 2 was always this thing that made us think ‘let’s take them further and explore the corner of their pysche and identities we haven’t seen’. The challenge was to go to places where they’ve never been to. I’m excited about what we’re doing in that regard. I also hope it makes every League [of Legends] player proud and every animation or fantasy nerd excited about our characters.”

All in all, expect a riotous season 2. According to Kevin Alejandro, who plays Jayce in Arcane, fans will be “on the edge of their seats” (per Buzzfeed (opens in new tab)), adding: “You’re going to be conflicted in such a way that I don’t know if it’s good or bad. Like, your emotions will be pulled out of you and you’ll be like ‘Oh my god!’ That’s how you’re going to end [season 2]. It’s so good!”

Arcane season 2 might spell the end of our exploration of this area of Runeterra – the world in which Arcane is set – though. In Bridging the Rift episode 5, Riot Games co-founder Brandon Beck confirmed that the show’s creative team would look to explore more of Runeterra’s regions and introduce new League of Legends (LoL) heroes in subsequent seasons. Many fans took this to mean that Vi and Jinx’s story, in particular, will end when the curtain falls on the show’s second season. Without clarification from Riot, that rumor will run for a while yet.

So far, only three Arcane season 2 characters have been confirmed:

If you’ve watched the season 2 announcement video, you’ll have heard the trio’s voices. Given that they watched on during that explosive season 1 finale, they’re safe from harm and will return.

So who else may be back? That’ll depend on who survives the Piltover council chamber attack. We think that Mel and/or Cassandra could be casualties of Jinx’s strike, while any of the other council members may die or be injured, too. We would expect Jayce to survive, though. He has a bigger role to play, in our view, and he’ll no doubt want to bring Jinx to justice for her crimes.

Additionally, Ekko and Heimerdinger are coming back. The duo weren’t part of the council chamber attack, so they’ll return and we’ll see how their character arcs progress in Arcane’s second season. Viktor will show up, too, even though he was in the council chamber at the time of Jinx’s attack.

There are likely to be new faces introduced in Arcane season 2 as well. There were plenty of deaths in Arcane’s first outing – Silco, Vander, and Marcus to name three – so there’s a need for new supporting characters. We have no idea who might show up, but there are lots of LoL heroes and villains that Riot, Netflix, and Fortiche Productions can pull from the game franchise’s universe and use for the animated series.

Arcane season 2 trailer: is there one?

No, and it’ll be a while before we see one. Once one is released, we’ll update this section.

Will Arcane season 2 be the last entry in the series?

No. In Bridging the Rift episode 2, Riot CEO Nicolo Laurent revealed he’s told co-showrunner Christian Linke that Riot’s executive team had signed off on “multiple seasons”. Laurent had previously suggested this in a Riot Games blog post (opens in new tab), writing “there will be Arcane season 2 (+?)”.

Of course, multiple seasons could theoretically mean Arcane seasons 1 and 2. However, it would be odd to use the word “multiple” to describe two seasons when “a couple” would’ve sufficed instead. So we’re pretty confident that Arcane will get more than two seasons, although how many remains to be seen.

Given its popularity, it’s easy to see why it’s getting more entries. Arcane season 1 holds a 100% ‘fresh’ rating on review aggregator website Rotten Tomatoes (opens in new tab) among critics, while it also has a 96% ‘fresh’ rating based on over 5,500 audience reviews.

Moreover, there’s plenty of story left to tell, character arcs to tie up, and new individuals and champions to introduce, so Arcane will never be out of ideas from plot or character development perspectives. We’re also big fans of Fortiche’s visuals for the animated series, too, so we’d be happy to see many more installments.

Watch the video here: Arcane season 2: everything we know so far 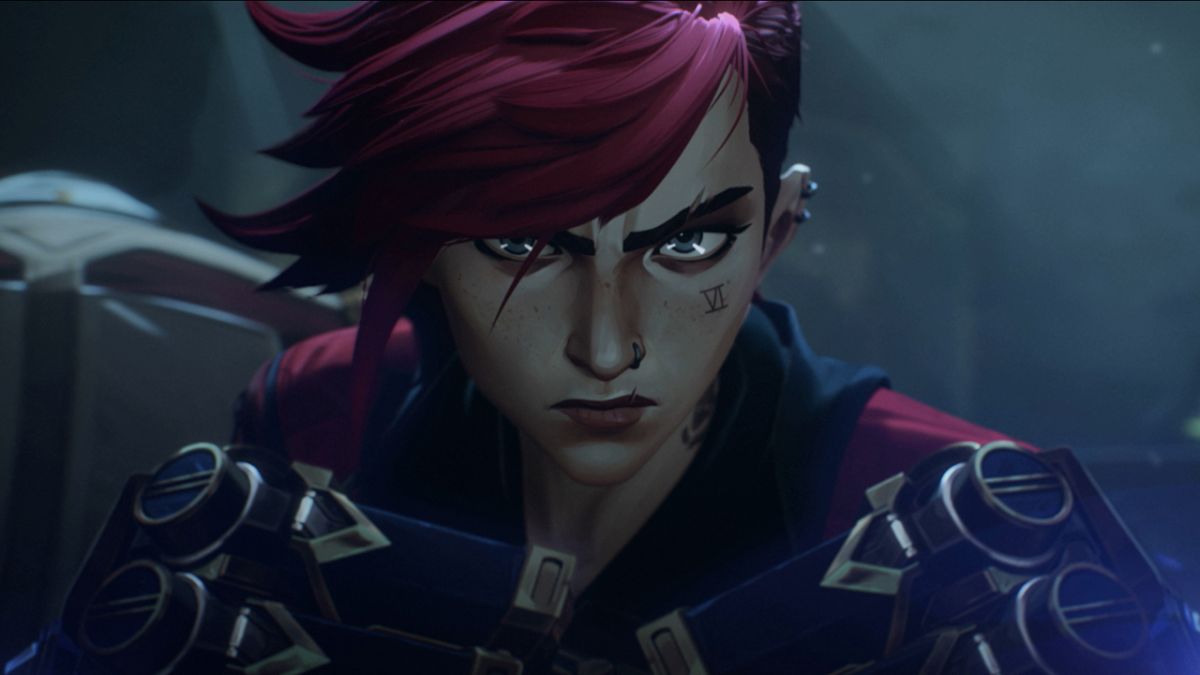