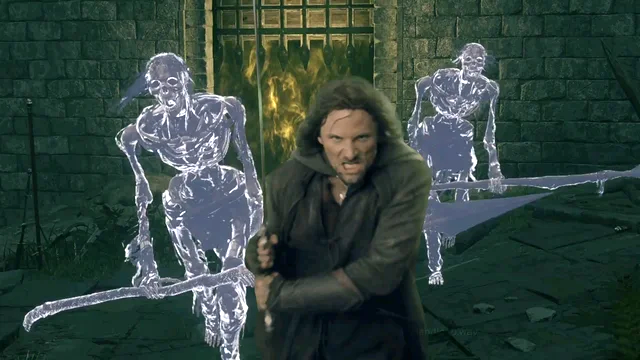 Elden Ring may not be exactly the same as Lord of the Rings, but it has enough swords, magic, and grotesque monsters for the Gondor High King to relax. At least that’s what the mashups made by new fans show. It shows that Aragorn is running happily, fighting, and kicking between lands.

YouTuber eli_handle_b I edited various clips of Peter Jackon’s movie trilogy into Elden Ring and spliced ​​them all into a one-minute video teas. Aragorn fits nicely into fantasy landscapes, but more striking is the way the clips are carefully assembled to fit his actions around him.

At some point, he rides a horse and slashes the tree sentinel. In another case, he holds his hand over the player’s message to read it. He then confronts Margit and gives the potboy a good kick.

It’s 60 seconds long and worth a look.

Trying to figure out which scene in the Lord of the Rings movie came from is a fun little metagame. The moment Aragon sets the two skeletal soldiers aside and rushes towards the camera is clearly filmed in the Battle of the Pelennor, where he rushes into a battle with the army of the dead.

The scene where Aragorn enters the underground lake seems to have been edited from the moment the fellowship entered the Moria mine, and the scene where Viggo Mortensen kicked the famous Uruk-hai helmet and broke his toes was a poor iron fist. Alexander at the rear has been replaced by him kicking.

This is not the first time a Middle-earth character has appeared in Lands Between. An Elden Ring player recreated the journey from Frodo and Sam’s The Shire to Mount Doom, recording himself and his companions bouncing around an action RPG.

Another player has figured out how to effectively turn himself into a Sith Lord by equipping a specific set of spells and wearing a black robe. It certainly looks very stylish.